You are here: Home / Automata / Gunfight at the Grassy Knoll by Paul Spooner
Sold out

Gunfight at the Grassy Knoll by Paul Spooner

You can’t help liking guns. They give you a sense of power and importance and cut down the need for reasoned argument. I’ve had lots of guns in my time and enjoyed their fine engineering and functional design. And the feel of weight in my hand. And the respect they command in the gunless. And the camaraderie they engender in fellow enthusiasts. And the smell of cordite when you’ve just let one off. I used to sleep with my gun and always had a spare roll of caps handy in case bad people came in the night.

I had to give all that up when I went to secondary school because the other eleven year olds had grown out of them and I didn’t want to stick out like a sore pistol.

Of course, I was living in England at the time where the joys of gun ownership are less celebrated than in other parts of the world. If my pocket money had stretched to it, I could have travelled to the home of the gun, the USA, where thorny questions of law and politics are settled by doughty individualists waving their gun collections at the opposition. 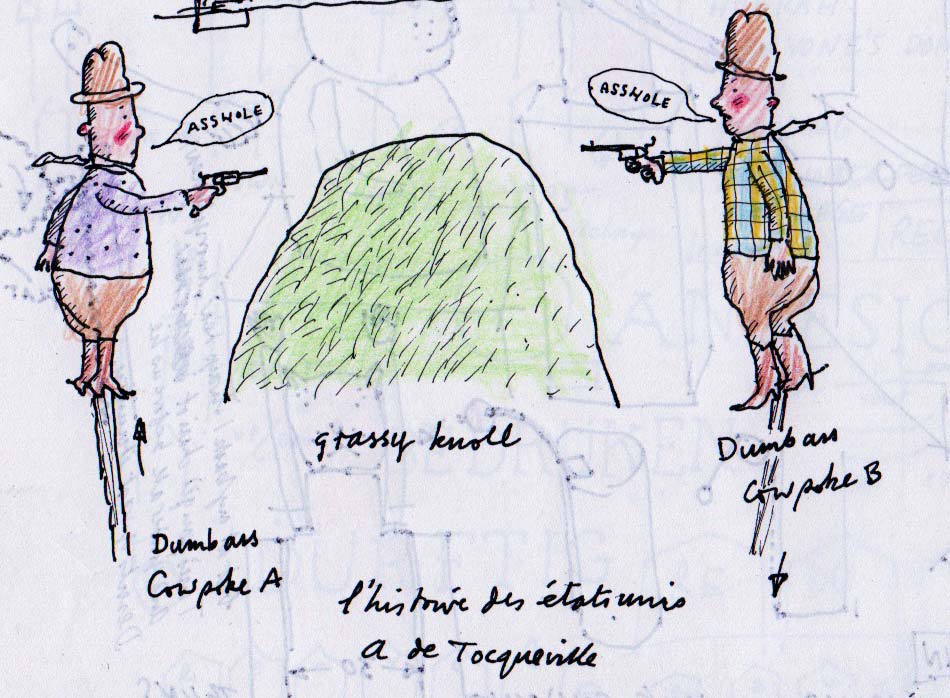 Yearning for the days when I could strut among the bourgeoisie of Preston, Lancashire, England with my Lone star hundred-shot revolver at my side, a Bakelite Derringer up my sleeve and a Davy Crockett hat (made by my granny because the real Woolworth’s ones were too expensive) on my head, I made this mechanical homage to the history of America. I’d finished it as 2020 ended and 2021 began.

Made from the very worst piece of wood in my shed, it appears already to have survived several gunfights (actually the holes are the work of insects that have long since ceased their boring). The knoll is painted in the style of my old friend Ron Fuller and the cowpokesâ€™ shirts are copied from examples in the Sears, Roebuck catalog(ue) of 1955. The gunshot effect is achieved by allowing a spring-loaded plank of oak to slap itself on the floor of the machine as each gunslinger overtops the knoll.