You are here: Home / Artists / Johann Knopf: a Machine with Whirling Birds 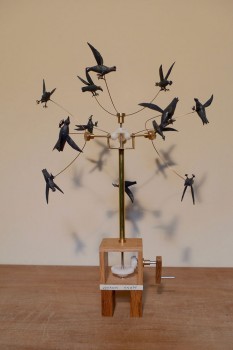 A new edition by Paul Spooner.

Twelve wooden birds rotate on four axes in imitation of one of Johann Knopf’s drawings. Knopf, also known as Knüpfer, died in Wiesloch asylum in 1910. He was a patient of Dr Hans Prinzhorn, one of the first psychiatrists to become interested in, and respectful of, the creative works of his patients. Prinzhorn studied these works and preserved them in what is now one of the most significant collections of the art of the emotionally disordered.

The collection has over the years attracted the attention of many artists, most noticeably the Surrealists whose interest in the unconscious mind as a reservoir of new and refreshing thought processes drew them to the works of Prinzhorn’s patients. His book, which is translated as ‘The Artistry of the Mentally ill’ sold very well in the Paris of the 1920s and 30s.
It often happens that people who are unable or unwilling to apply conventional reason in their everyday lives have a remarkable ability to produce highly organised artifacts. People such as Knopf make drawings of great beauty and precision, evincing insights and imagery that are often inaccessible to ordinary artists.
Ordinary artists (and even extraordinary artists like Max Ernst) have shamelessly appropriated these works for their own purposes. Unencumbered by considerations of art history and fashion, the products of the Geisteskranken appeal to these art robbers who,
hidebound by their own education, seek to assume the appearance of naturalness and spontaneity.

This mechanical homage to Knopf’s work lacks some of the elegance of his drawings but I hope to improve with practice. 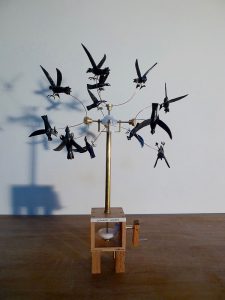 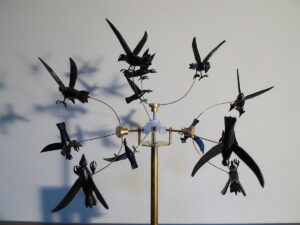 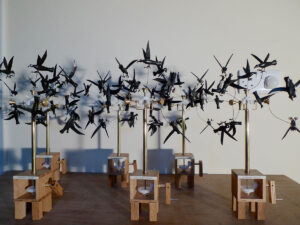 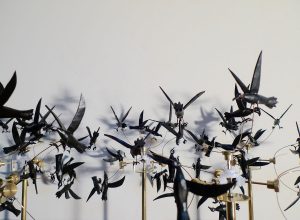