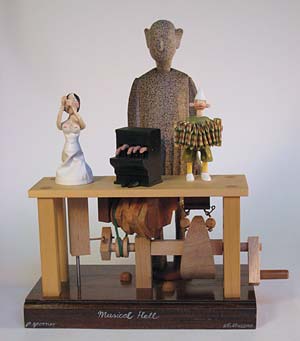 Sharing its title with the right-hand wing of the triptych “The Garden of Earthly Delights” by Bosch, this object is the first in a series of omnibus automata in which a table bearing three mechanical objects is presided over by a grey figure. The figure seems in some way responsible for the artefacts. Maybe he made them, maybe he’s just looking after them for someone.

As a business venture, making multiple pieces is a way of selling three small pieces for the price of one big one. For the true collector, this is an advantage because it affords a chance to collect at three times the usual rate. In this first example, a musical theme unites the three items on show. The subjects of other pieces in the series do not conform to any such plan. 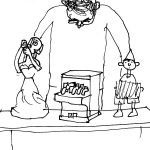 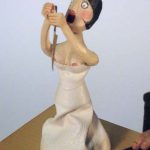 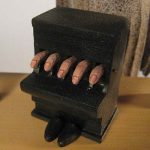 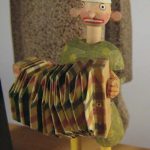 Paul discusses the piece in this video.