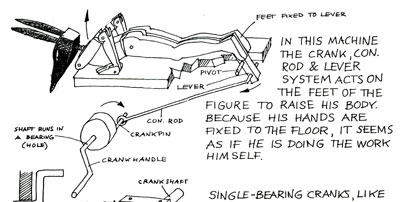 An eighteen page booklet by Paul Spooner. Paul describes and illustrates the basic mechanisms he uses in his machines, Cranks, Cams, Levers, Ratchets and Gears. There is an exploded view of one of Paul’s machines – Bad News – and a complete project to make yourself out of card, called The Bad Babysitter.

Originally produced in 1995 to accompany a short Channel 4 TV documentary series called Machinations. Paul Spooner’s episode (1 of 4) was called Mechanisms and shows some of the process of the making of Bad News. 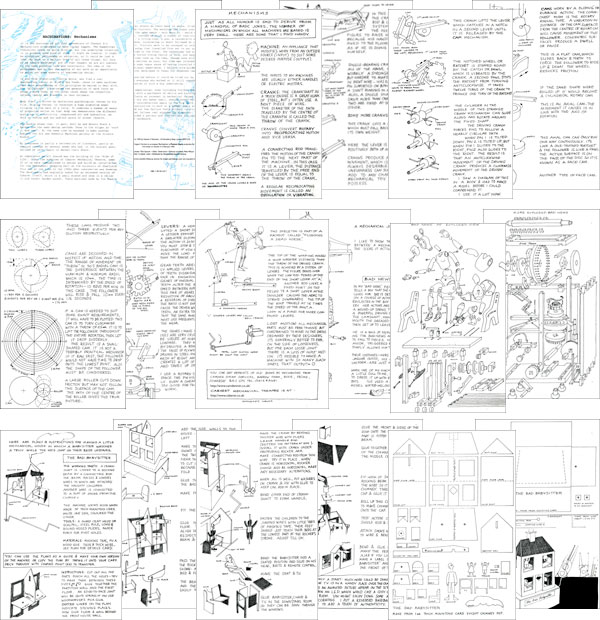