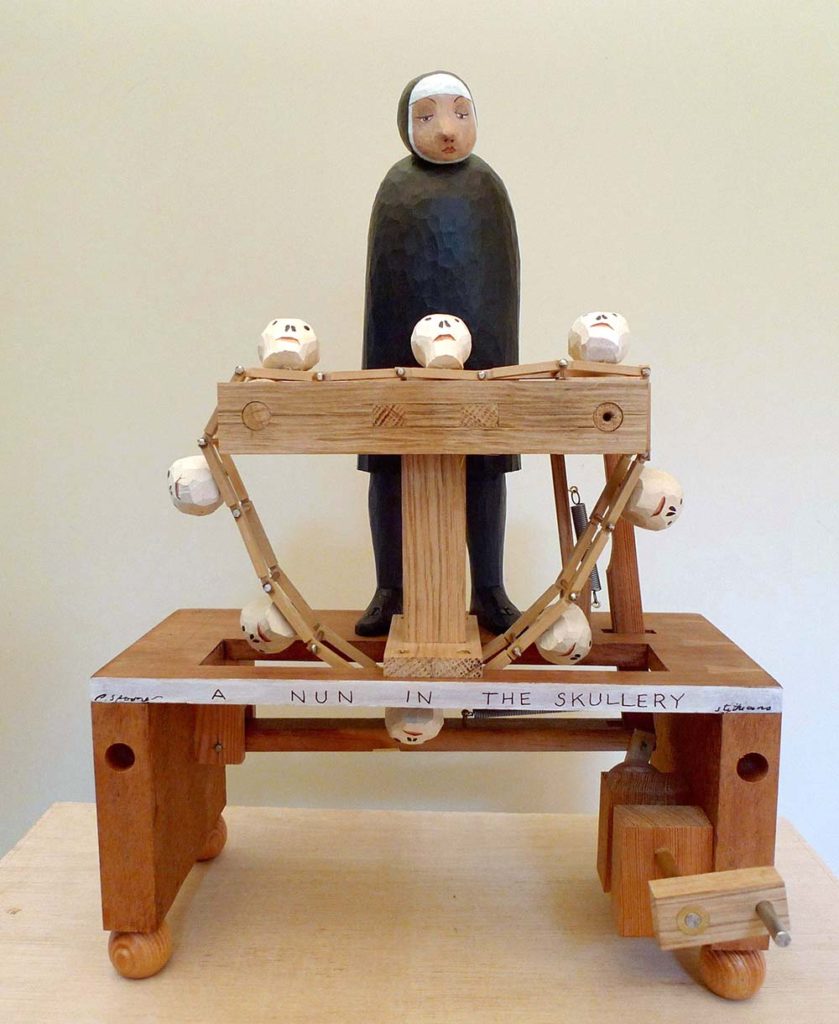 “The materials are mostly reclaimed from old furniture except the boxwood used for the conveyer belt and the lime wood used to make the nun and the skulls of defunct Mother Superiors. While it’s mainly a play on words, persons looking for deeper meaning in this piece might like to reflect on the sister’s lack of arms and the two holes in the front of the frame which seem to have no practical function. Maybe her arms are inside her habit or maybe the armless state signifies her feelings of being without agency in her chosen life of unquestioning obedience. The holes, which some might have thought of as stigmata were, more prosaically, drilled to receive dowels in the wardrobe they once belonged to.

It could have been a Vestry, a Pantry or a Battery but I went for Skullery as part of an ongoing argument with spellcheck. Vests and pants and bats might come later.”