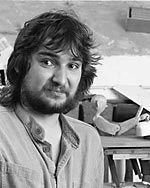 Matt Smith was born in 1965 in Leicestershire.

He moved to Falmouth at an early age, and became a family friend of the Jacksons. When Sue Jackson opened Cabaret in 1979, Matt started producing small wooden brooches, and inspired by the work of local automata makers he started producing his own work.

In June 1986, Matt founded The Fourteen Balls Toy Co., in collaboration with Paul Spooner who designs the majority of the automata, Matt then produces them, and deisgns other work and Sarah Smith (Matt’s wife) a talented painter, adds the final colours.

Matt has recently been commissioned to make a series of automata depicting Sheffield life, for the Weston Park Museum in England. 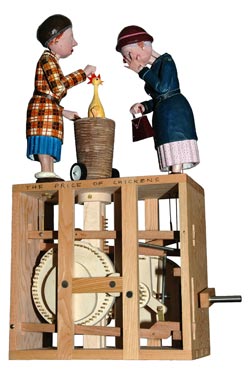 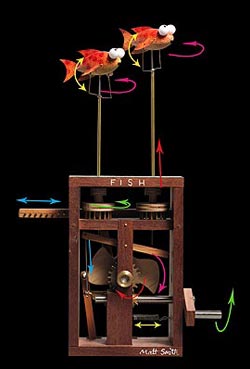