You are here: Home / Archived / A Goat in the Park 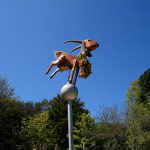 Paul Spooner gives us more on the background of his kicking goat design. 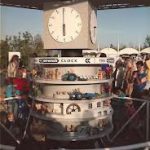 ‘The first one (goat) I made was in 1988 as a maquette for one of the animals on the clock made by Charles Hayward for the Glasgow Garden Festival and paid for by McVities biscuits. A rather dour-looking item, this is the only picture of it.

It then became a 14 balls toy, with the addition of a bucket to make it more fun. I’ve made several other versions of it as presents, including one covered in gold leaf . There was one large one made of withies and tissue that was big enough to get inside. I appeared in this at a midsummer gathering near Redruth and witnessed its ritual burning later that night. 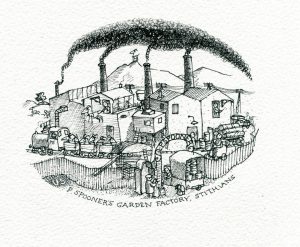 The goat in the park was a response to a commission from the Kimberley Park Association who got three of the local automaton makers to build machines that would add to the fun of their recently refurbished children’s play area. There was a brief- to relate the objects to the history of Falmouth and in particular to the Packet Ships which carried mail to all parts of the world where the British had an interest. As with most briefs, there is a compromise between what the client wants and how much enjoyment the artist and the public can extract from the enterprise. I thought a goat on a pole would be a jolly thing to make and set about finding a way in which I could both make a goat and fulfil the brief. I discovered that a famous packet ship was called “The Antelope”- almost a goat. This was to stray rather a long way from the brief and I had to adjust the title to reflect this. 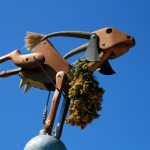 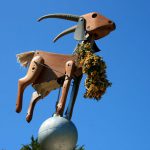 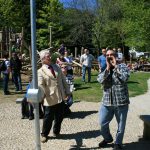 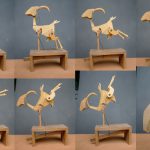 Mechanically, the goat is an example of a compound lever; a small vertical movement causes the goat’s body to lift and by linking the front leg to the back legs, which are already moving, the action is amplifed, the back legs sweeping a much bigger arc than the body. This is a similar mechanism to that of a piano’s hammer action; the small downward movement of the key via a system of levers, causes the hammer to swing towards the strings through a much larger distance, therefore at greater speed. 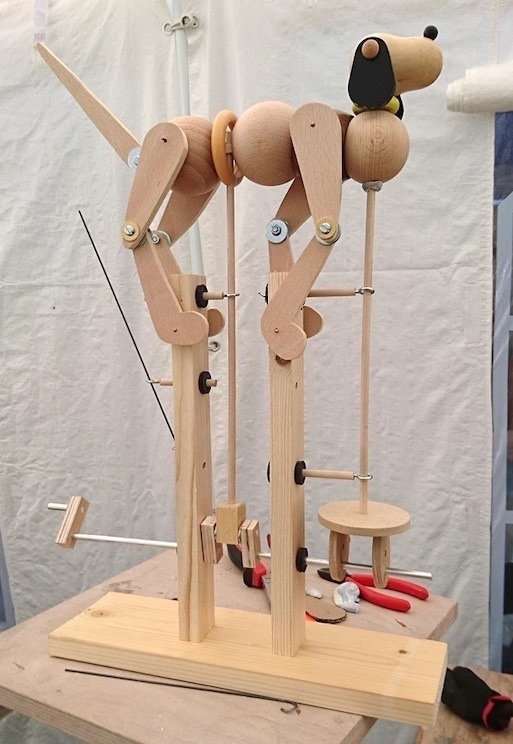