The Turk – A Machine that Draws Forever by Paul Spooner

You are here: Home / Store / Automata / Limited Editions / The Turk – A Machine that Draws Forever by Paul Spooner

In these times of austerity the well-established firm of P Spooner Stithians has taken an imaginative leap, lurching upmarket into the production of high-end luxury automata. In order to satisfy the demands of a discriminating clientele, numerous unnecessary deluxe features have been added and the machines all carry an extraordinary guarantee, unique in the world of automata. 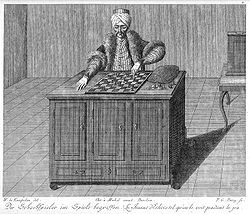 The first of these fabulously desirable products is an improved version of the well-known Chess-playing Turk made by von Kempelen in the 1790s, which was reputed to play the game to a high standard. The New Turk is built on the standard chassis design of P. Spooner Stithians’s popular “Clever Hans” model but with a host of add-on goodies. The Turk, in this version, has tired of the usual challenges to his mechanical prowess and has set aside his chess set, Rubik’s Cube and Sudoku to embark on the incredible feat of Drawing Forever. 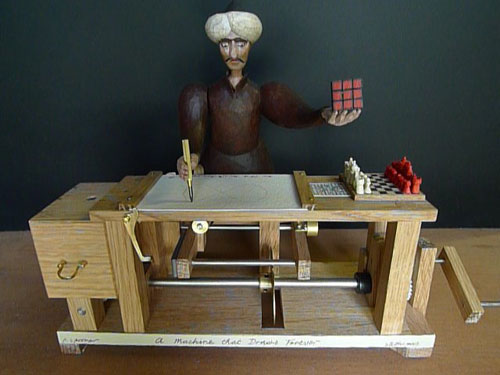 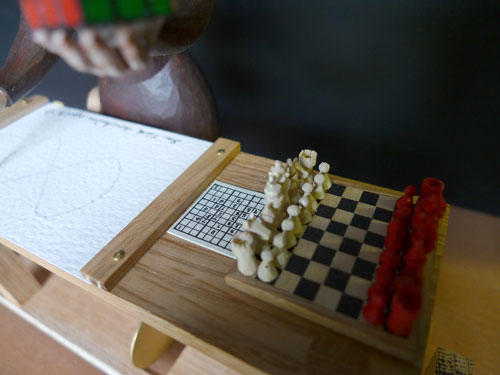 A human operator is required to place a fresh piece of paper under the Turk’s pencil and crank the handle. After a brief time, the Turk will be found to have drawn forever, as stated in the guarantee. The machine is supplied with a pack of spare papers in case one forever is not enough.

But that’s not all. One of the fiercest trials of the automaton-maker’s prowess is to build an android capable of cooking not only a basic recipe, such as Welsh Rarebit or Toad-in-the Hole, but also of creating one of the triumphs of Turkish cuisine, the renowned İmam bayıldı, or Fainting Imam, a recipe for stuffed aubergines or eggplant. It is said that when his chef first produced this dish, the Imam was overcome with delight. The New Turk comes with a complete set of ingredients for recreating this classic dish (serves 4. Cooking time 3/4 hour, preparation 40 mins). When he’s finished drawing forever, he might well find time to make a knock-out supper. 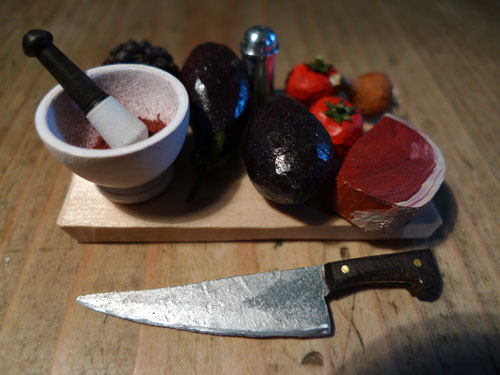 But that’s not all. When the original Turk was made, the Ottoman Empire was in full swing and causing alarm along its fringes, especially in Europe, where as recently as 1529 Suleiman the Magnificent had laid siege to Vienna, having captured most of Hungary. Even in the later 18th century, “The Turk” was still a potent threat and all things Turkish were imbued with a thrill of terrifying exoticism. This was the time of Mozart’s Die Entführung aus dem Serail, or The abduction from the seraglio, or harem, or womens’ apartments in a Muslim palace, and Turkish themes were explored with fascinated trepidation. One should not be surprised therefore to see that the figure of the original Turk has a frightening aspect that may nowadays strike people as offensively stereotyping. A spare, non-threatening head has been supplied as a non-optional extra for use when historical authenticity must give way to modern sensibilities. The spare head is stored in a drawer which also contains extra pencil leads and a pencil lead extractor tool. 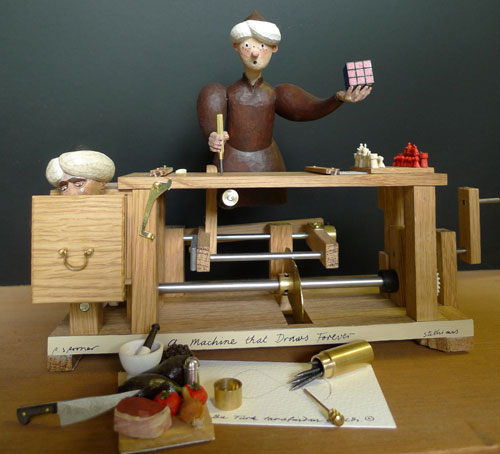 Each of the spare archival quality papers has been inscribed, “bu Türk tarafindan çizildi”, or “the Turk drew this”*. 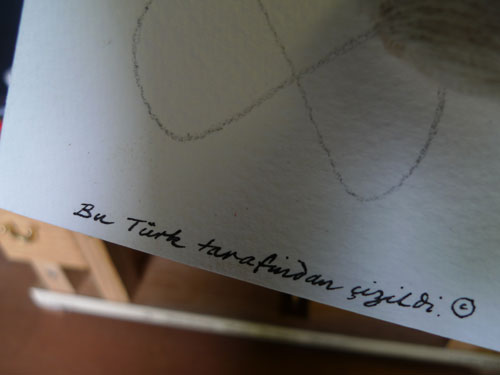 *The translation was kindly provided by Eda Taşli.

The Turk – A Machine which Draws Forever by Paul Spooner.